You’ve determined whether you actually need a rooster and you’ve weighed the pros and cons of having one.

And you have decided . . . That you want a rooster!

But choosing a rooster can be a daunting task. You want a rooster that’s going to have a good temperament and not attack you (or your children) every time you go outside.

Luckily, not all roosters are aggressive.

So below are some gentle rooster breeds that we have had in the past and that I can recommend. Note that these are not the only gentle roosters out there and if I don’t mention your favorite, it’s because I haven’t actually had one myself. I will update this post in the future as I find more roosters that are gentle in nature.

Please Read Disclaimer: While these breeds are gentle in general, know that there can always be a bad apple in any breed and this is not a guarantee that every rooster in these breeds will always be gentle or friendly.

I’m a tad partial to the New Hampshire. I mean look at how goegous Bertram was in this picture.

Not only are they beautiful to look at, but they have a wonderful temperament as well.

They are calm and docile birds that are on the larger side (though not the largest on this list) and fall into the category of gentle giants.

They aren’t so large and calm though that they won’t still protect your flock and ours were always good at keeping the flock together.

Keeping with the gentle giants theme we have a fan favorite:

The Buff Orpington. (Buff is actually the color above. There are other colors of Orpintons as well, buff is most common.)

There’s a reason they’re so well loved. Orpingtons in general are very docile and friendly birds.

The roosters are also calm, but sometimes are a little lax when protecting the flock. But again, every chicken has its own personality so yours may be more watchful of his hens.

They are basically a Buff Orpington with black feathers. In fact Orpingtons were used in developing the breed.

They’re another easy going breed you wont have to worry about being flogged by.

This breed is very laid back and easy going.

Another gentle giant, the Wyandotte is a plump, squatty looking bird that comes in a plethora of colors.

Now leaving the giants section we come to another favorite of mine:

Is this a breed you’re going to hold and cuddle and call George? No.

Well, you can still call him George, but he wont want to be held. Leghorns are a more nervous breed as a whole than any other we’ve discussed so far.

So why did I put them on this list?

Because they are definitely not going to attack you, your children, or anyone else. And as long as you don’t run after them, they wont usually act too scared of you.

They also are a smaller rooster so if some of your girls are smaller breeds you don’t have to worry about him hurting them on accident like some of the gentle giants potentially could.

If you have mostly bantam hens or even smaller standard breeds you may be interested in this unique breed.

Silkies are about the calmest breed of chicken I have ever come in contact with and they actually make wonderful pets.

But don’t expect much more than that out of him.

You may need to ensure his hair, excuse me, feathers stay trimmed around his eyes so he can be on the lookout. They can have trouble seeing through their topknot.

I have known of a Silkie rooster (Sammy) who fought off a skunk to protect his flock and lived to tell the tale. He came out minus one wing and a toe or two but went on to live a long and happy life.

So they can in fact be a guardian. But they do require a bit more care than other breeds.

And that is it, six of the best breeds of for your family. Keep in mind that there could always be a bad apple in any breed, but these are generally very friendly .

Have you had any experience with these breeds? Decided on your rooster already? Let us know about it in the comments section below. 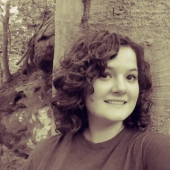